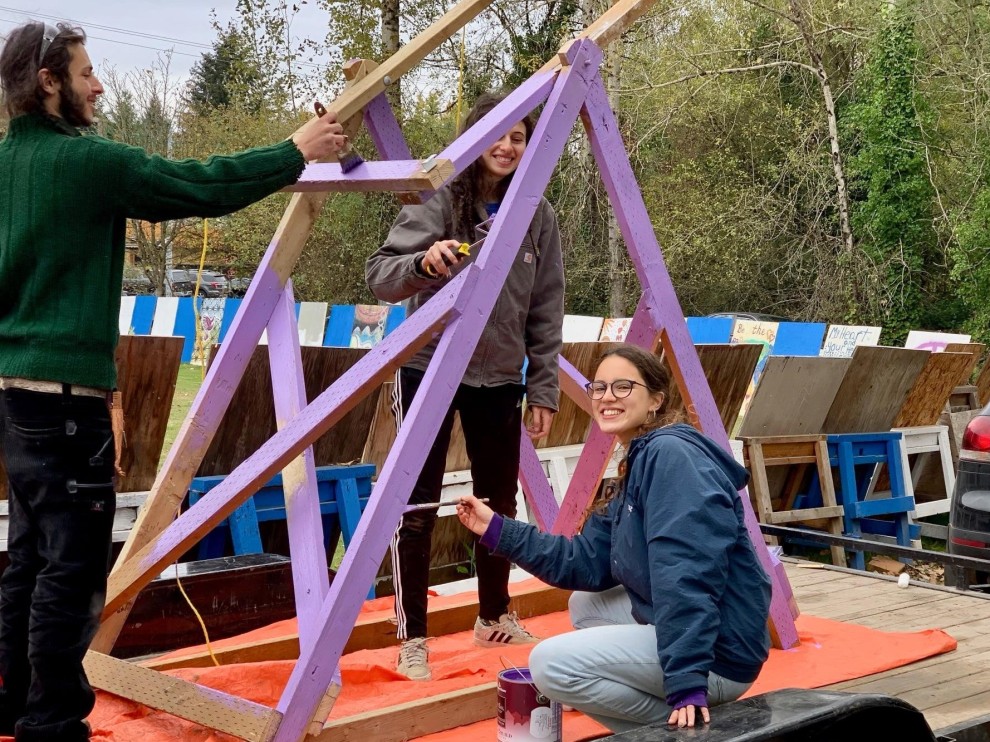 PHOTO: Tivnu participants, including Emma Nathanson (foreground), build a solar panel for one of Portland’s three emergency tent villages created to give the houseless a safe place to be during the pandemic.