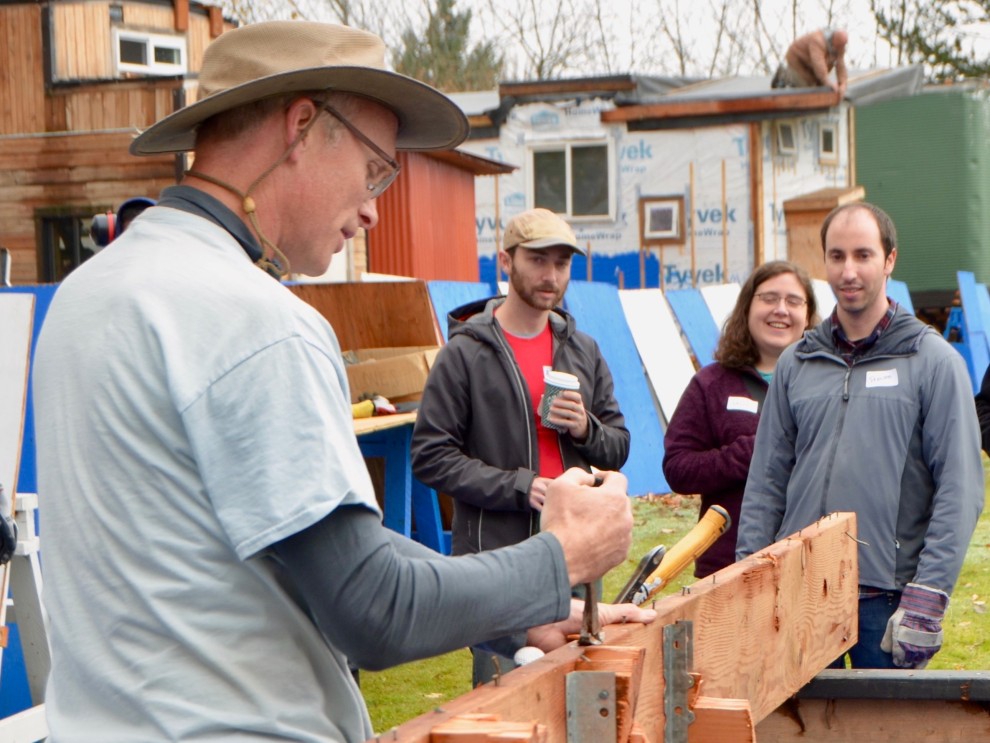 PHOTO: Much of Tivnu's construction this year is expected to be working with Cascadia Clusters to build tiny homes for the houseless, says Tivnu Construction Trainer Erik Brakstad. The construction site is next to the outdoor playing fields at the Mittleman Jewish Community Center.

Tivnu: Building Justice will welcome 23 gap year participants – its largest cohort thus far – to Portland on Sept. 1, 2020. Since the first year in 2014, domestic gap year cohorts have ranged from eight to 14 participants.
Tivnu founder and Executive Director Steve Eisenbach-Budner attributed the increase to two distinct reactions to the global pandemic.
“The college experience they wanted is not accessible now,” says Steve, noting about three-fourths of participants signed up after COVID hit. “And the situation is so dire young people want to step up and do something useful.”
The option to work to ease the plight of the homeless and do so while living with their peers in community prompted many participants to defer their freshman year of college until next year. Participants have deferred their enrollment at a distinguished list of colleges: Harvard, Brown, Columbia, Johns Hopkins, Wellesley, Tufts, Hamilton, Lewis & Clark, Muhlenberg, Oberlin, University of Denver, UC Davis, University of Oregon, Wesleyan, Willamette University, Williams and Rancho Santiago CCD.
The nine-month program for 17- to 20-year-olds explores connections among Jewish life, social justice and community service.
Many of the places where Tivnu has typically placed interns are either not accepting volunteers or are only offering online internships.
Steve says the shift to a more virtual world does have a positive side. It means Tivnu can look outside the Portland area for both online internships and speakers for its social justice educational programs.
With the virtual world's prominence in today’s reality, Steve expects construction to play a bigger role in the program this year.
“A lot of participants will do some online advocacy work,” says Steve. “Construction will be a nice counterpoint since most internships are virtual. Construction is hands-on, physical and in the world.”
Tivnu has taken numerous steps to ensure the participants’ safety. All participants must have a negative COVID test before arriving and on arrival. They will quarantine separately for 10 days in the two houses where they will live throughout the program. During the quarantine, about half of the students will sleep in the backyards to keep contact minimal.
“We’ll be one big bubble after that,” says Steve. “All the kids have signed a 10-page COVID protocol developed by two doctors and an epidemiologist. … We are planning sporadic testing.”
tivnu.org 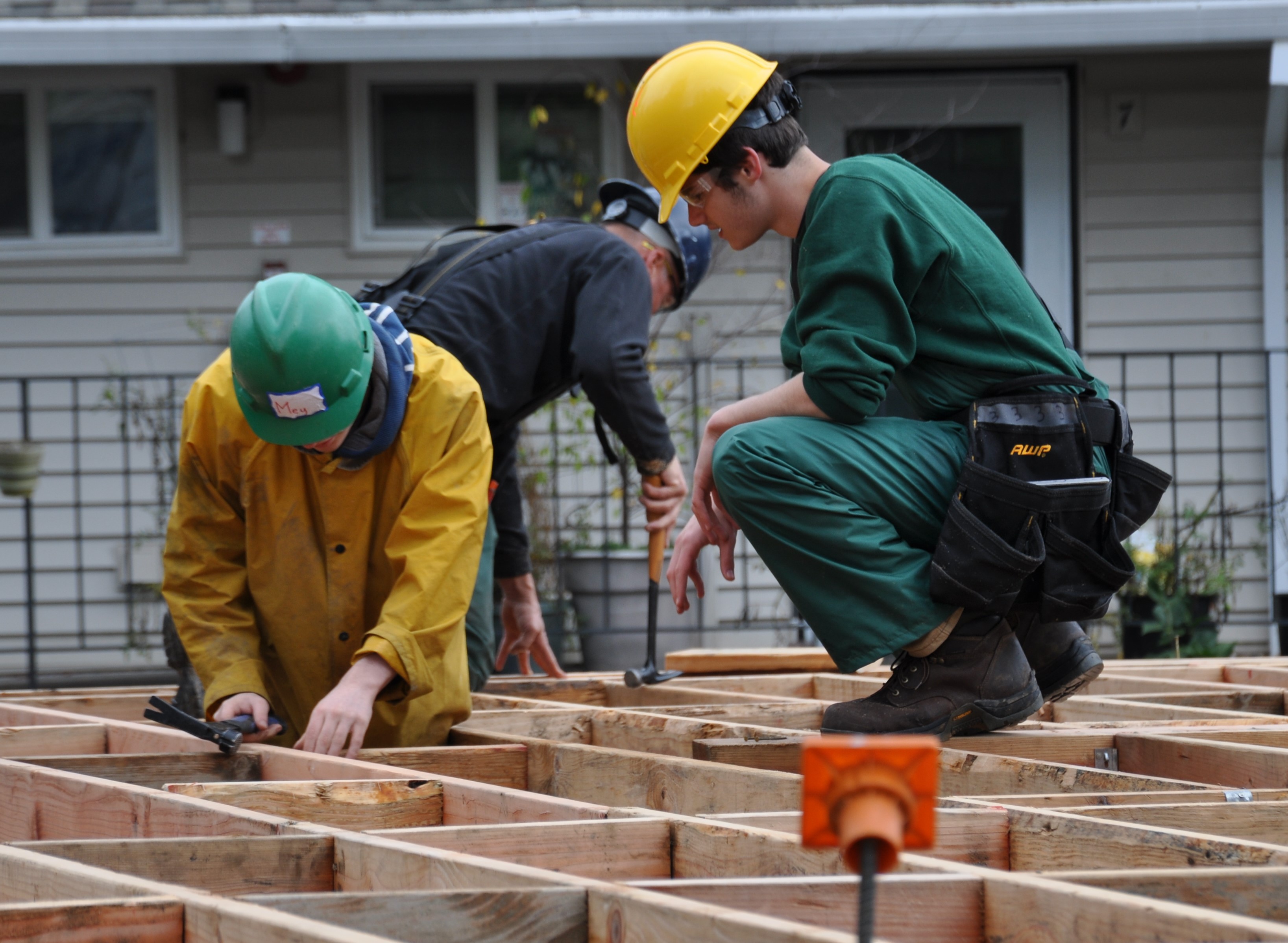 PHOTO: The eight teens in the first cohort of Tivnu: Building Justice gap year spent four days a week on a Habitat for Humanity building project and one day a week interning with a service or advocacy group. In subsequent cohorts, participants averaged two days of construction per week. This year, given COVID limitations, Tivnu Executive Director Steve Eisenbach-Budner expects building projects to be the dominant element once again.