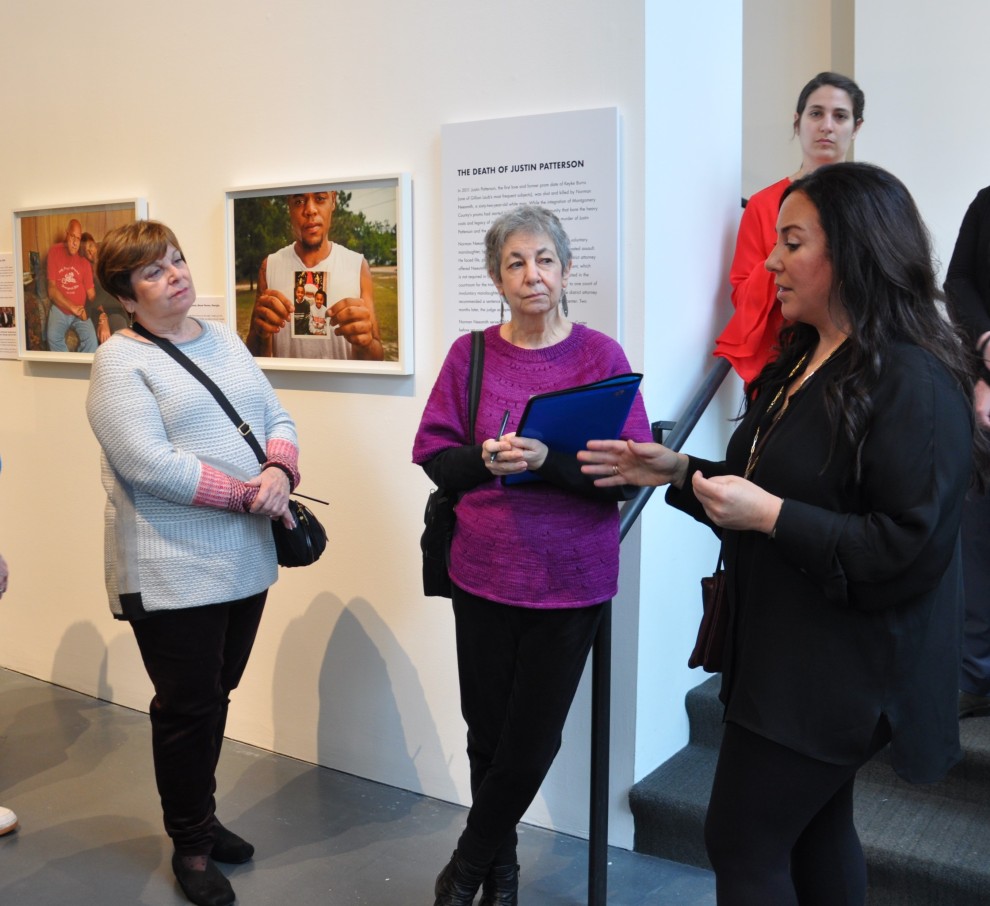 Photo: Photographer Gillian Laub (right foreground) talks about the people she photographed and inteviewed while exploring the history of segregated high school proms that continued in a small community in America’s South until 2011.

A year of programming exploring the historic connection between the Jewish and African American communities began with a new exhibit about segregated high school proms. It will culminate with an October Civil Rights mission co-led by African American and Jewish leaders.
Southern Rites opened Feb. 5 and continues through May 24, 2020, at the Oregon Jewish Museum and Center for Holocaust Education, 724 NW Davis St., Portland. In Southern Rites, Jewish photographer Gillian Laub engages her skills as a photographer, storyteller and visual activist to examine the realities of racism and raise painful questions about the American consciousness. Through her lens and the voices of her subjects we encounter young people in the 21st century from a small community in the American South high school students attended a white prom and a black prom until 2011. The exhibit poses a universal question about human experience: can a new generation liberate itself from a harrowing and traumatic past to create a different future?
The exhibition is organized by the International Center of Photography and curator Maya Benton.
United in Spirit continued at OJMCHE with From Swastika to Jim Crow, a film that tells the story of two very different cultures, sharing a common burden of oppression. Jewish scholars who fled Hitler’s Europe find continuing discrimination. The refugees find jobs teaching at historically black colleges, the only universities willing to hire them.
The series continues at 7 pm, March 18, when OJMCHE screens Rosenwald, a documentary about how philanthropist Julius Rosenwald, son of an immigrant peddler who founded Sears, partnered with Booker T. Washington to build schools in African-American communities in the early 1900s.
On June 19, 2020, a Day of Remembrance will be held 11 am-3pm at Dawson Park in North Portland. The gathering will memorialize the victims of the unspeakable horror of 250 years of lynching in America.
For information on the culminating Civil Rights Mission, contact bob@jewishportland.org or secretary@pdxnaacp.org. Participants will join local African American and Jewish leaders for an eye-opening trip to Atlanta, Montgomery, Selma and Birmingham.
unitedinspirit.me