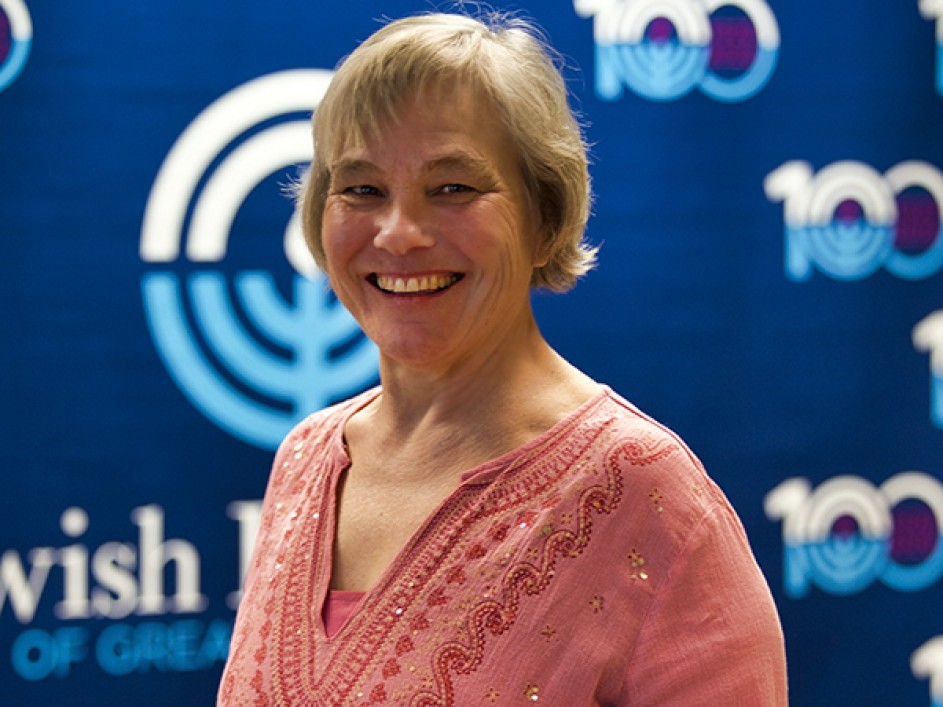 During the 28 years I have been writing about and participating in the Jewish community of Greater Portland, my admiration for and support of the Jewish Federation has grown.

When I moved to Clark County, Wash., in 1992, I was hired as a reporter for the Jewish Review newspaper, not because of my knowledge of the Jewish community, but based on my experience at a daily newspaper in Colorado. I knew virtually nothing about the Jewish Federation system.

My connection to and knowledge of the Jewish community was definitely a key reason I was hired to reboot the Jewish Review as an online newspaper early this year. My journey to this connection began soon after I joined the community in 1992.

Within two years, I became an admirer of the Jewish Federation of Greater Portland and all the important work it does. Initially I was attracted by the social justice work of the Community Relations Council, but I soon realized Federation supports the community through all stages of life. I made my first contribution to the annual campaign and enrolled my older son at Portland Jewish Academy.

Both of my sons graduated from PJA with an excellent secular education and a deep understanding of Jewish tradition and values. They participated in summer camp and afterschool programs at the Mittleman Jewish Community Center, volunteered at Robison Jewish Home, became b’nai mitzvah and went on to work at Jewish summer camp after high school.

Meanwhile, I moved to Portland proper, joined Federation’s Young Women’s Board and won a Song of Miriam Award for my volunteer work on a screening event for Jewish genetic diseases. I won several Simon Rockower Awards for Jewish journalism, including articles about Jewish Family & Child Service’s work to combat domestic violence. The JFCS TASK program honored me with the Elyse Sheldon Memorial Award in recognition of my work to keep the community well-informed of opportunities for Jews with disabilities.

I was amazed by the sheer beauty of Israel and the vibrancy of its culture the first time I visited the Jewish state on a Federation Mission. And I was inspired by the programs Federation supports there – especially the programs for at-risk youth and resettlement of Ethiopians. The petting zoo the Portland Federation funded at the Neve Michael Youth Village warms my heart as I know how much love animals can share.

Connecting with the diverse agencies and projects supported by Federation’s annual campaign has inspired me to continue making an annual pledge. My commitment was strengthened this year as I reported on how Federation has supported the community’s agencies, synagogues and individuals, as well as other minority communities, during the dual crises of a pandemic and far-reaching social unrest.

This year Federation’s social justice work and outreach to other minority communities reminded me of my initial attraction to CRC’s work. My article in the inaugural issue of the online Jewish Review about a joint exploration of the historically positive relationship between the Black and Jewish communities preceded the BLM protests following the murder of George Floyd. Most of the programs have now been postponed until 2021 or have gone virtual due to COVID, but the connections positioned the CRC to support the Black community. This issue has an article about the latest United in Spirit programs (see story).

It is just one more reminder, for me, about why I give to the Federation every year, even though I am not Jewish.

I hope when you receive a call, letter or email requesting your support, you will think of all the ways Federation has supported the individuals and agencies of this community for 100 years and give as generously as you can. Your gift can make a big difference in so many lives.