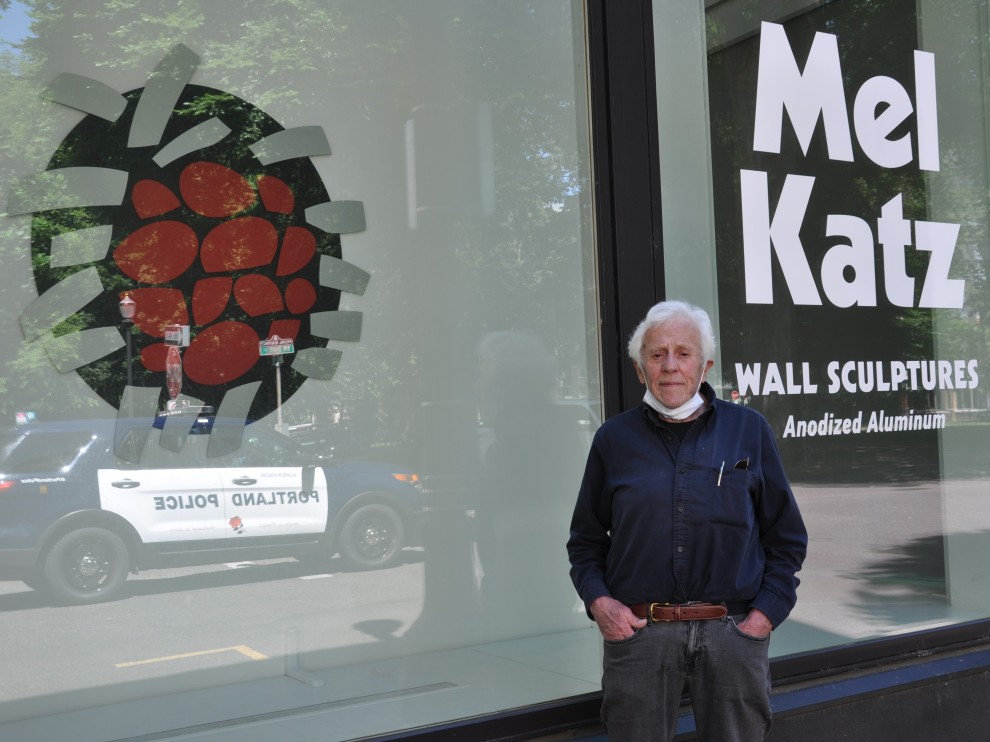 Culture and conversation returned to the forefront July 15 when the Oregon Jewish Museum and Center for Holocaust Education unveiled two exhibits in its ground floor expanse of windows.
Culture, in this instance five colorful, abstract aluminum sculptures created by Mel Katz, is on brilliant display along Davis Street. Conversation is the goal for the six panels recreated from the museum’s core exhibit, Discrimination and Resistance, An Oregon Primer, located in the windows facing the North Park blocks.
“OJMCHE is fortunate to have 12 highly visible ground floor windows facing out onto the street,” says OJMCHE Director Judy Margles. “Closure has hit us hard as we miss the daily interaction of people in our galleries. The idea to put our exhibitions in our windows facing out on the street seemed the perfect solution to give everyone a chance to see great art and stay safe while doing so. Choosing Mel Katz for the first exhibition was a natural; Mel’s work is big and bright and colorful, and we knew that the work would bring cheer to anyone passing by.”
Katz says that anything that can bring a bit of culture in the midst of a pandemic is an important reminder of the past and hope for the future. “Art deals with risk and change, and right now we are going through both of those words.” 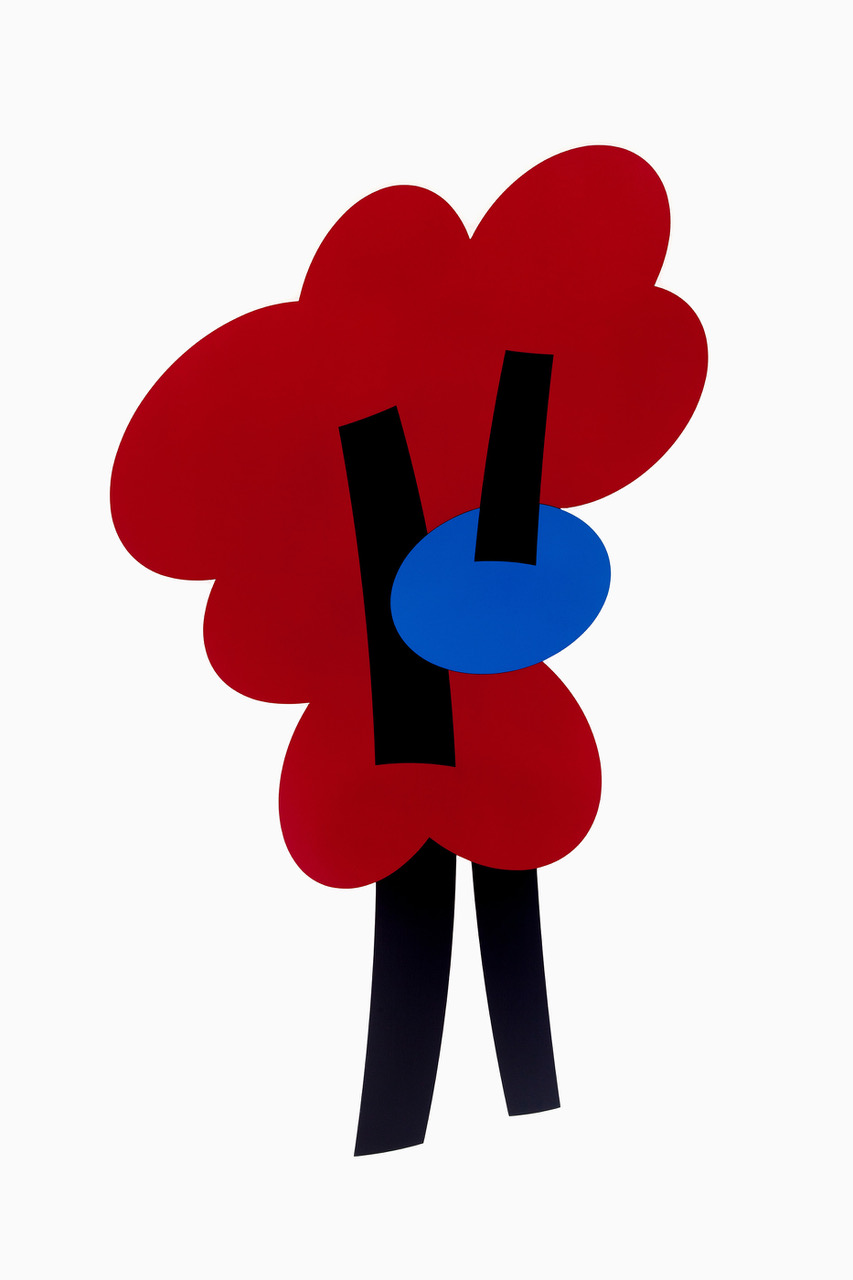 With all his work, Katz says his idea is to take risk and pursue change. Before he created this series, he said he was struggling to find a new direction. Unhappy with his sketches in his studio, he decided to take the weekend off and drive to the coast. On the drive he passed a huge area of rows and rows of saplings being planted; behind the rows was a house and beyond that an extensive forest.
“It was all about nature and what we do in nature,” he says. “I don’t normally work with such straightforward images, but I was so taken by the landscape and vegetation. These sculptures are strongly abstract, but if you look closely you can see those possibilities.”
Turn the corner from the sculptures and you’ll come face to face with the history that has evolved into the social unrest marching through the streets from Portland to New York. Six panels – Exclude, Persist, Dehumanize, Protest, Segregate and Create – alternately explore the Tools of Discrimination and the Tools of Resistance.

Margles says they chose the panels from the core exhibition, Discrimination and Resistance, An Oregon Primer, “as part of our contribution to the conversation about racial injustice that has gripped Portland and the nation.”
Margles says the two exhibits will remain up for about two months, and then the museum will find other displays to keep culture alive during limitations imposed by COVID-19.
She hopes the museum will be able to expand on that conversation by reopening its doors Aug. 6 to welcome visitors back to see an equally relevant exhibit. If state safety guidelines and museum preparations allow, she hopes people return to see the exhibit awaiting visitors in the main gallery.
“Southern Rites, the exhibition that had opened barely six weeks before we temporarily closed in mid-March, is more relevant than ever,” she says. “We want as many people as possible to see these important photographs of segregated proms and homecoming rituals in Georgia at the turn of the 21st century.”
The artwork in the Katz exhibit is courtesy of the artist and Russo Lee Gallery. Wall Sculptures was funded by a grant through the Oregon Arts and Culture Recovery Fund.
Born in 1932, Katz is the son of Eastern European Jewish immigrants. He studied at the Cooper Union and the Brooklyn Museum Art School before moving to Portland in 1964 as a visiting professor at the Museum Art School (now Pacific Northwest College of Art). Two years later Katz moved to Portland State University, where he taught for the next 30 years. Since 1956 Katz’s work has been frequently exhibited, including major retrospectives at the Hallie Ford Museum in Salem in 2006 and 2015, the Portland Art Museum in 1988, the Museum of Northwest Art in La Conner, Wash., in 2017-2018 and the highly acclaimed traveling exhibition Still Working in 1994.
OJMCHE: 720 NW Davis, Portland. ojmche.org