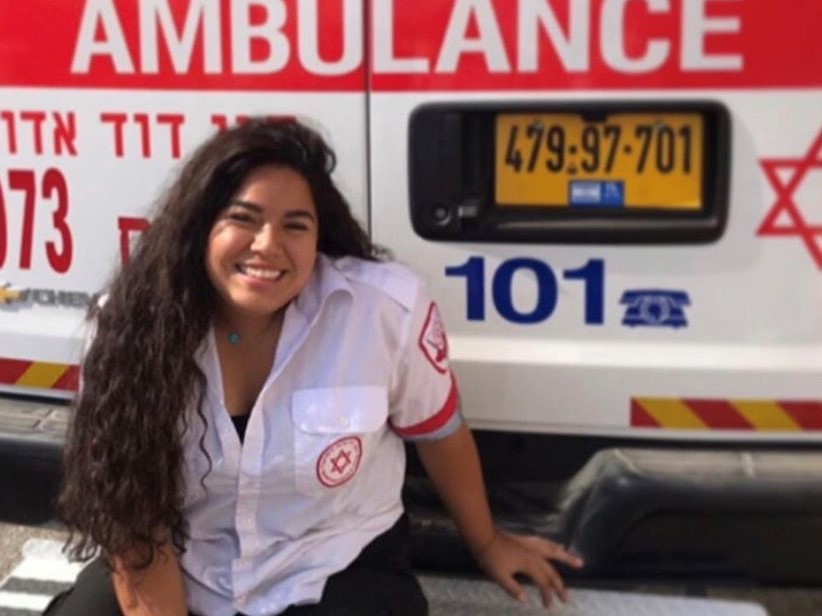 A cohort of seven Portland-area young adults completed a three-week fellowship to become Jewish Changemakers. More than 550 young adults from 80 cities and eight countries graduated July 27 from the program presented by the Jewish Federations of North America in partnership with several Jewish and young adult organizations.
Comedian Pamela Rae Schuller, who hosted the graduation on Zoom, shared the first rule of improv: “Yes And – Accept what is happening as truth and build on it.” She said in today’s world, “We are all at ‘Yes And’ moments. Yes this is hard, this is scary, and this is our truth and we can get through it.”
She urged grads to embrace reality and their own strengths and “add something else.”
In a series of video clips, graduates shared the core values presented during the fellowship: humble leadership, practical optimism, radical inclusion and compassionate curiosity.
Weekly topics were professional development, community engagement and Israel.
Nadine Menashe coached the local cohort of Melina Berber- Suarez, Gal Cohen, Sararosa Davies, Michael Kahn, Mallory Rose, Sophie Rubin and Ezra Saville. Other Oregonians, including Jesse Rothstein, participated in other cohorts.

“The highlight was being able to engage young adults in a new way and seeing how meaningful online interaction can be,” says Nadine, development associate and young adult coordinator for the Jewish Federation of Greater Portland. “So much of my job has surrounded in-person gathering that it has really made me panic to imagine my role in a different context. The Changemakers fellowship showed me that there are powerful ways to continue bringing people together, and that the online platform can actually expand your opportunities to learn and meet new people.”
For 20-year-old Portlander Ezra, the fellowship amplified his goal to pursue Jewish professional life. Ezra is a Judaic Studies major at Portland State University. He volunteers at the Alberta Shul and attends Portland’s UnShul.
“I signed up for Changemakers because I wanted to have an experience of learning from many amazing Jewish leaders within the global community focused on social change,” says Ezra. “Learning about these perspectives from a Jewish lens and context is important to me as someone who sees social justice being part of my Jewish perspective.”
“Hashem asks us to feed the hungry, clothe the naked, and help the widows and orphans. Let us do that. We must realize there is not a dichotomy between the secular and the Jewish world,” he adds. “One of the presenters, Rabbi Sandra Lawson, discussed how texts such as in Devarim, which declares ‘Justice, justice you shall pursue’ loudly, is how she approaches engaging in Jewish communal life and important causes like Black Lives Matter. I feel the same inspiration. I want to be able to bring that in the world, too.”
Melina, who is also 20, signed up to gain leadership skills. She is a member of Congregation Beit Yosef, a Sephardic congregation in Portland.
“Lately I have been feeling extremely overwhelmed about the rise of anti-Semitism and racism,” says Melina. “Being a Jew of color has not been easy in recent times, and being able to express my feelings in a safe space and educate others was truly a blessing. On the first day of the program, we spoke about the bias and injustices we are facing as a society, and at that moment I knew I had signed up for the right thing.”
Melina, who plans to make Aliyah to Israel, says she plans to continue to be a Changemaker.
“I think that being who I am in today’s political climate, I can truly try to bring other perspectives to the table,” she says. “Recent events have inspired me to be more vocal and speak out on what I feel is important. Whether it is supporting Israel, combating anti-Semitism, or educating my own Jewish community about racism and bigotry, I feel that the Changemakers program gave me another boost of energy to keep doing these things.”
During the Zoom graduation, JFNA Board of Trustees Chair Mark Wilf said it is a person’s response to challenge that makes a person a changemaker. Surviving the Holocaust is not what made his parents and grandparents changemakers, it was how they advocated for the needs of survivors and the roles they played in the vitality of the Jewish community when they forged new lives in the United States.
“Fight inaction and indifference,” he told the grads. “We’ve invested in you, we believe in you. You are the future.”