Happy Chanukah to you and your family!

It is amazing to think calendar year 2014 is coming to a close. At the same time, the Jewish Federation of Greater Portland’s 100 Days of Impact is coming to an end. To date, I am pleased to announce we have already raised over $2.8 million towards Campaign 2015. This is an incredible pace and we continue to maintain an 8% increase over last year. Thank you for the responsiveness of so many.

In the remaining days of 2014, please make your gift. At the same time, do not forget the opportunity for a year-end tax deduction by paying your commitment. And, remember that all increases of 10% or more and all new gifts will be matched dollar for dollar!

Here we are at that time of the year when everything seems to be about the “holiday season” and “conspicuous consumption.” It is also a time for each of us to give back to our community.

Last night, the Jewish Federation’s Portland Mitzvah Network coordinated a group of “Chanukah Helpers” at the main complex for the Oregon Food Bank. Over 75 people, ages 6 to 78, came together to help repackage bulk items for distribution. Portland Jewish Academy was a wonderful partner in recruiting many of the participants. 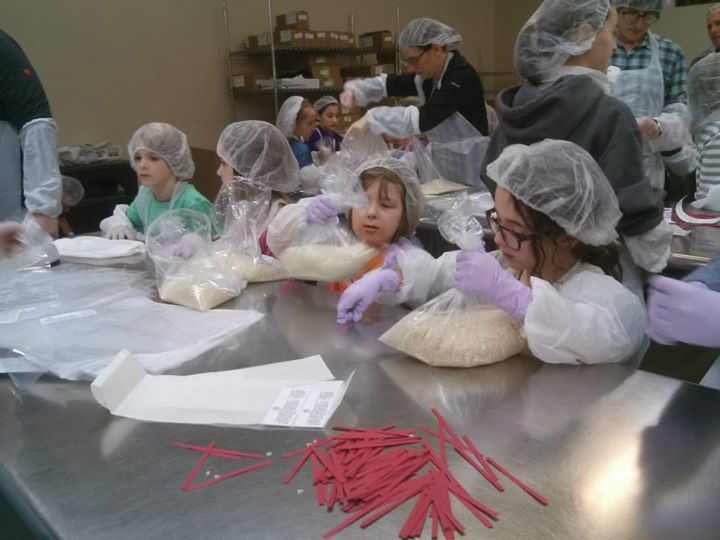 We look forward to hosting teams for two different projects as part of United Way’s weekend of service during the Martin Luther King Jr. holiday in January.

In addition, to coincide with Jewish Book Month (mid-November to mid-December), the Jewish Federation’s PJ Library (PJL) program, in collaboration with area Jewish schools and synagogues, collected outgrown PJ Library & secular children's books. The PJL books are recirculated to Jewish schools and other organizations in the community and available as a lending library. The secular children's books were donated to The Children’s Book Bank for re-distribution to families in need.

Sadly, 2/3 of low-income families own NO books for their children. The development of early literacy skills through early experiences with books and stories is directly linked to a child's success in learning to read. Yesterday, we received the following from The Children’s Book Bank:

Thank you for your recent donation of children's books!  You have provided a critical resource for engaging children in reading.

One parent of a little boy from Portland Public Schools Head Start told us how his “eyes light up” when reading his books from The Children’s Book Bank.  He told her, “Mom, look I have my own books.  Now I can read them to my friends.”  It’s this excitement and pride in owning books that will keep him going back to books again and again, developing successful habits for reading, school, and life.

This success would not be possible without our volunteers and donors like you.  Thank you for being part of our community of supporters!

The Jewish community received another “present” with the return of Alan Gross from Cuba. Mr. Gross was imprisoned in Cuba for five years after being accused of crimes against the Cuban state for bringing satellite phones and computer equipment (to members of Cuba’s Jewish community) without the permit required under Cuban law. After being accused of working for American intelligence services in January 2010, he was ultimately convicted for “acts against the independence or the territorial integrity of the state" in March 2011.

Alan Gross was released is an historic deal that overturns over five decades of U.S. policy isolating the island nation. U.S. officials outlined sweeping changes, including the resumption of full diplomatic relations, the opening of an embassy in Havana, and a loosening of trade and travel restrictions. As you may recall, the Jewish Federation visited Cuba in January 2013 and met with members of the Jewish community. They currently estimate there are between 1,000-1,500 Jews on the island.

As reported in the JTA, Dina Siegel Vann, the director of the American Jewish Committee’s Belfer Institute for Latino and Latin American Affairs, said Gross’ release and the opening of ties with Cuba is a twofer for the Jews: In addition to the benefits accrued to all Cubans from open relations, she said, Cuban Jews “will have stronger ties to Jewish organizations, they will be much more in the open.” Vann said improved U.S.-Cuba relations would have a rollover effect, removing obstacles to U.S. ties with other Latin American countries — and this in turn would remove tensions that have affected other Latin American Jewish communities.

We will see what the future holds for the Cuban Jewish community and our opportunity as Americans to more easily visit the island. But, most important for now, is that Alan Gross is home with his family in the Washington, DC area. As he said in his speech upon his return to the United States, “Thank you to the Jewish community, Jewish Federations, synagogues, schools, and other Jewish, Christian, and Muslim organizations nationwide. It was crucial to my survival knowing that I was not forgotten. Your prayers and actions have been comforting, reassuring, and sustaining.”

As we celebrate the Chanukah holiday, let us recognize that Mr. Gross’s release came at a time when Jews around the world are celebrating light and freedom. Moreover, it has been reported that the Vatican played a key role in negotiating the deal, in part through Pope Francis, the Catholic Church’s first Latin American pontiff, and his pleas to Cuba to release Mr. Gross as a humanitarian gesture. There is much to be said for our continuing community relations and inter-religious efforts whether on a national or local level.

May you and your family continue to celebrate and enjoy Chanukah and Shabbat Shalom.