Summer is always a special time of year, especially in regard to summer camp memories. We are delighted the Jewish Federation could provide One Happy Camper incentive grants to 118 new Jewish overnight campers attending eleven different camps spanning seven states. In total, hundreds of Greater Portland children are at Jewish overnight camps across North America.

This past week, our community hosted Jeremy Fingerman, CEO of the Foundation for Jewish Camp. Jeremy has been in his role since 2010 and during that time has seen a 16% increase in the number of campers to 90,000 annually across North America. For many of these campers (and their families), Jewish camp is a gateway into Jewish community. Moreover, the intentionality of Jewish programming and Judaism can lead to a lifetime of Jewish involvement and commitment.

Jeremy, originally from Cincinnati, has a beautiful Portland connection. Jeremy celebrated his bar mitzvah in Israel in December 1973. Who officiated at his bar mitzvah? Rabbi Joshua Stampfer (!) who was on sabbatical in Israel at the time. While here, Jeremy had the opportunity to reunite with Rabbi Stampfer and even brought the Chumash (Bible) he received at his bar mitzvah with an inscription from the rabbi.

Speaking of camp, you may have heard earlier this week that Camp Ramah in the Rockies was evacuated after an electrical fire destroyed the camp kitchen, dining hall, and administrative offices. Thankfully no one was hurt in the early morning blaze.

At sunrise, the campers and staff were relocated by bus under police escort to a synagogue in Denver, about 90 minutes away, where volunteers provided the 130 campers with food.

Jeremy shared how the camp leadership handled this emergency calmly and swiftly. Their communication with staff, campers, parents and the larger community was clear, thoughtful and effective.  Incredibly, the JCC Ranch Camp in Elbert, Colorado, whose summer season had just concluded, offered Ramah the use of their site for the final week of activities. In fact, by Tuesday evening, the campers and staff had all been relocated.

Jeremy wrote in his blog, “Camp professionals are truly the key to making camp ‘great’– they handle whatever comes their way with grace, agility, and dignity. I am continually awe-struck by our talented, dedicated, and mindful camp directors working tirelessly and under the weight of enormous responsibility.  While we often talk about the importance of Jewish camp in the lives of the campers, we do not do enough to acknowledge the many details camp directors must master.  One camp director recently said to me, ‘We are not just taking care of campers; we are taking care of people’s children.’  It is a task no one takes lightly.” We are blessed to have so many wonderful camp directors in our area.

What you may not know, is beyond our regional camps, the Jewish Federation also supports Jewish summer camps in Europe via our partnership with the American Jewish Joint Distribution Committee (JDC). JDC works to build Jewish life and leaders in myriad ways — and among the most powerful is through Jewish summer camps impacting thousands of young people each year, strengthening Jewish identity in Europe, the former Soviet Union, and beyond.

The Jewish Federation helps support camps in Szarvas, Hungary (1,500 campers each summer from 20 European countries), Bereshit Family Summer Camp in Bulgaria (350 participants), and the Olameinu (“Our World” in Hebrew) Baltics Jewish Camp (hundreds of children and teens from Latvia, Lithuania, and Estonia). Each of these camps includes Jewish cultural and history programs, Israeli dance and song workshops, sports tournaments, and much more. What an opportunity for these young people to engage in Jewish life.

As I wrote last week, we have 17 teens in Miami, Florida competing at the JCCA Maccabi Games.  I am excited to share that our boys 16 and older basketball team won the gold medal and the Portland lacrosse participants won a silver medal! 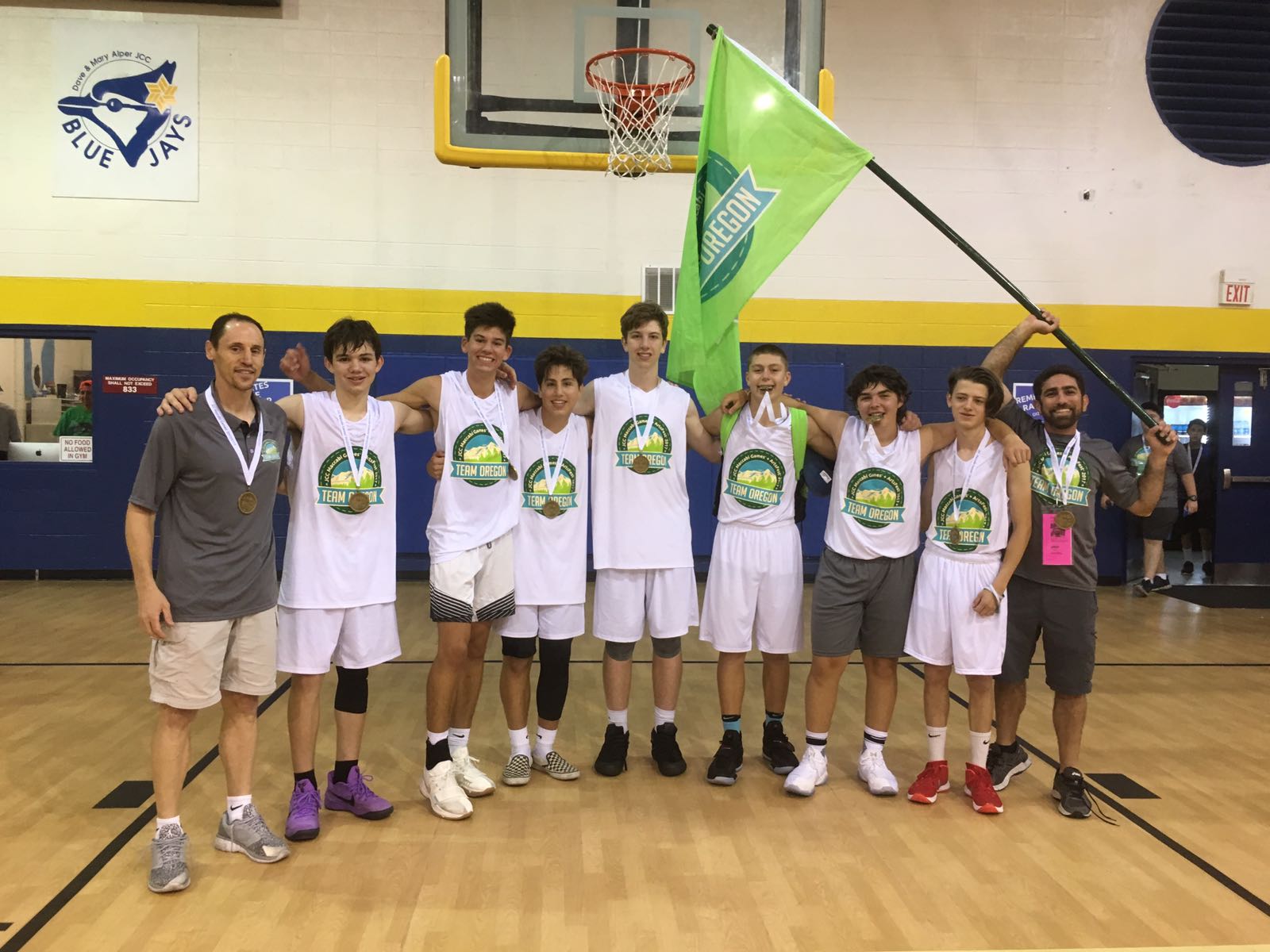 In addition, Oregon Jewish Life magazine shared that more Oregon teens picked up gold medals at the 20th Maccabiah Games in Israel this July. Portlanders Claire Rosenfeld and Kaisa Autumn competed as members of the US Junior Lacrosse Team that won gold. Isaac Rosenthal was on the gold-medal winning boys’ basketball team.

Claire shared, “With just graduating high school, playing in the Maccabiah games seemed like a unique way to travel to Israel and spend my last summer before college doing something meaningful and exciting. I had never seen so many Jewish people in one place!...Traveling to Israel with the Maccabiah games was the first time I had ever been to Israel. I couldn’t have asked for a better first experience.”

In reality, summer camp and these experiences are truly fertile ground for Jewish engagement and the development of future Jewish leaders.

Switching topics, Steve Sirkin, a local volunteer very involved with the American Red Cross and emergency management issues, passed on some good for information as the eclipse approaches:

• Even outside of a total eclipse, such as Metro Portland, it will be darker than normal between 9 a.m. and just before noon that morning.  Traffic that day may be overwhelming.

• Cell service may be compromised, especially during that period of time.

• Most communities in the area are prepared to activate their Emergency Operations Centers.

• There are concerns about lack of food and fuel due to so many people coming – be prepared.

• Make sure to wear appropriate glasses if looking at the eclipse.

Just some thoughts to have in mind as you plan accordingly.