Our 100 Days of Impact is off to an incredible start. Last Sunday we held our annual Super Sunday telethon with over 100 community volunteers coming out to make calls for the campaign. Under the leadership of Amara and Brian Norman we raised over $136,000. With that, I am pleased to share that in only five days our community campaign now stands at $1.1 million dollars!

We are only at the beginning. You have the opportunity to make your own impact by making your gift to our community’s campaign. You, too, play a role in our Jewish community’s future. Help make our impact greater by increasing your own commitment by 10% or become a new donor to the Jewish Federation and your increase will be matched dollar for dollar. Make your gift today!

As part of our 100 Days of Impact, we will share with you each week ways your campaign dollars make a difference. Let me start this off with our work overseas.

Much of our attention this summer was focused on Israel. Yet, in other parts of the world, Jews need our support.

For the first time since World War II, there are displaced Jews in Europe. Countless thousands have fled their homes, joining more than 340,000 estimated refugees in Ukraine. It took more than two generations to rebuild the Jewish community in Ukraine following the atrocities of the Holocaust. But after six months of unrest, the Ukrainian Jewish community is once again at risk.

In the last few weeks, the intensity of the fighting between Ukraine and pro-Russian rebels has catapulted. More than 3,000 people have now lost their lives, with thousands more wounded. And while the country’s estimated 300,000 Jews are not direct targets of violence, many have been caught in the crosshairs. Those who can are departing for safety, many to Israel with the support of Jewish Federation overseas partners. But those who can’t—the elderly, the infirm and the poor—are in need of daily assistance.

Nearly 20,000 Jews are living in active war zones, in areas where shootings are common and buildings have been decimated. Large supermarkets are closed, most medications are unavailable and ATMs are out of order. Public transportation is severely restricted and the water supply is compromised.

Jewish Federation of Greater Portland supports international partner agencies that have been responding to the crisis by providing Ukrainian Jews with food, medicine and other essentials. Our international partner agencies, the American Jewish Joint Distribution Committee (JDC) and the Jewish Agency for Israel (JAFI) are on the ground in Ukraine - distributing food, medicine, housing assistance and other essentials, and helping refugees to maintain connections to Jewish life.

This work has been especially important for Jews from Donetsk and Lugansk, both of which have been hard hit by violence that has cut off water and power, and resulted in shortages of food and medicine. While thousands of Jews have fled those regions, hundreds have been unable to leave because they are physically fragile or fear for their safety. In these areas, aid from Federation partners means the difference between life and death. 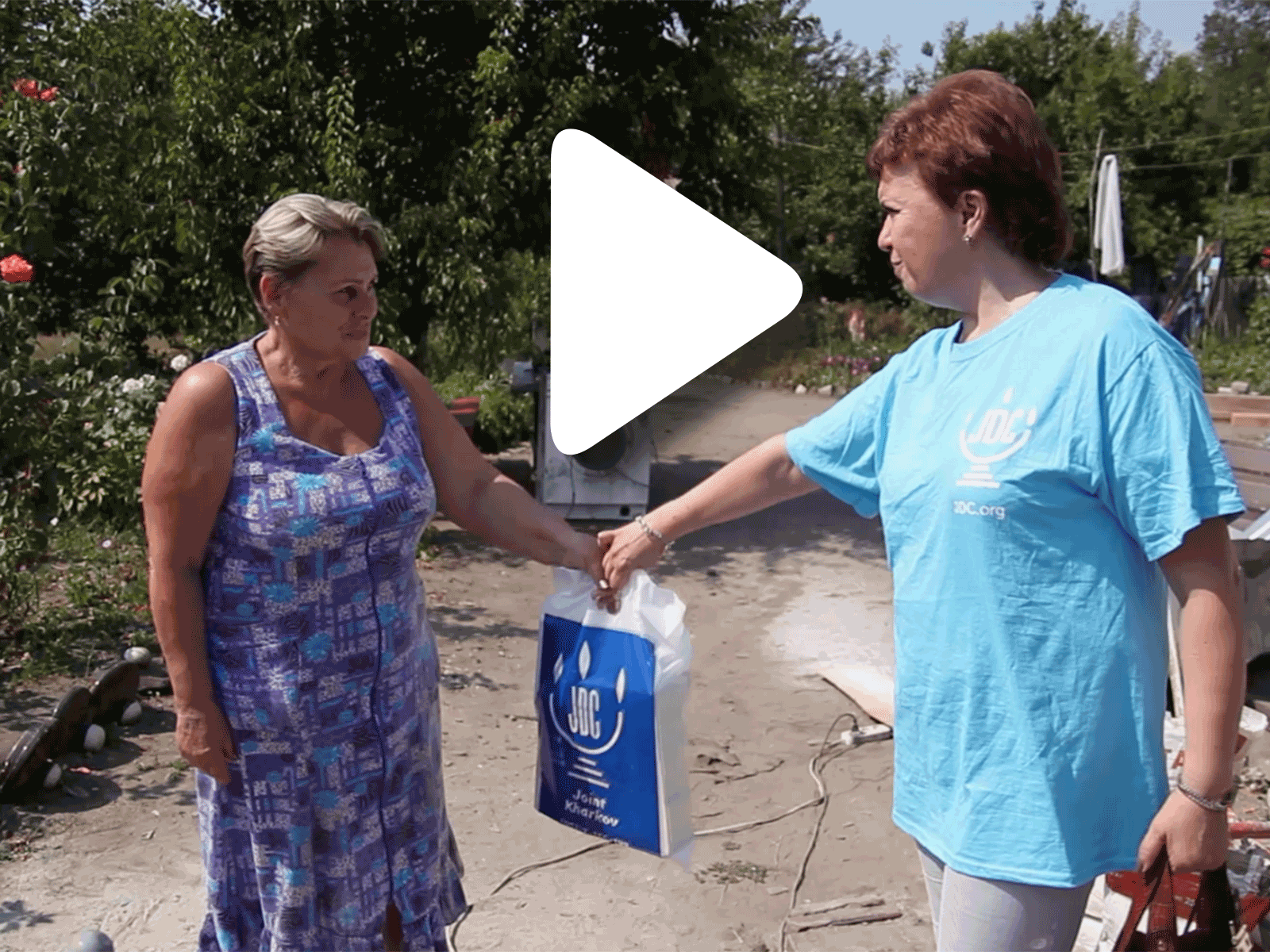 Read a first-hand report from the JDC CEO’s recent trip to Ukraine.

Meanwhile, JAFI is helping displaced Jews to maintain connections to Jewish life. Hebrew ulpanim are continuing throughout the summer in Kiev, Kharkov, Dnepropetrovsk and other cities. Classes welcomed refugees from Donetsk, Lugansk and other communities affected by violence. In addition, JAFI has already seen a 151 percent increase in aliyah from Ukraine in the past six months – and this number is expected to grow. Read one Ukrainian family’s aliyah story.

A growing concern is the approach of winter and ensuring adequate heat for refugees staying in temporary housing. Some refugees have been put up in summer recreation centers that lack heating equipment, so alternative quarters will have to be found for them before cold weather sets in. All of this happens through your generous support of our community’s annual campaign.

One special person from Ukraine lives in our own Jewish community. I typically do not do this, but I do want to give a special happy 90th birthday “shout out” to Izrail Dekhtyar. Izrail was born in Ukraine in the small town of Gvozdavka, near Odessa. During World War II, Izrail took part in a number of major battles as a frontline soldier, and was awarded multiple medals for his service by the Soviet military command.

Izrail immigrated to the United States with his family from Uzbekistan in 1994.  Since that time he has served as the President of the Portland Association of the World War II Veterans. I often saw Izrail at the MJCC (our lockers were next to one another) and every year he contacts me asking for the Jewish Federation’s support for the annual gathering to celebrate Victory Day (when the Soviets defeated Nazi Germany) on May 9. Izrail is a true hero, a proud Jew, and a beloved member of the Russian Jewish community in Portland.

May the people of Ukraine find calm and peace and Shabbat shalom to you all.