Ever read an article in the newspaper that gets you really thinking?

On Tuesday, the Forward newspaper ran an opinion piece where they asked 17 rabbis from around the country, “What’s the biggest threat to the Jewish people?” I found the question quite intriguing and continue to think about every day.

The responses from the rabbis were quite interesting with many differences, yet they centered around four key issues:

Here are some key thoughts from several of the rabbis:

● Apathy…lack of interest…indifference…obsessions with materialism and comfort
● We are too beloved by the nations we live in; they want us to be an integral part of their cultures
● It is disturbing to see Jews turn on one another…demonizing differences of opinions…a rejection of our sacred inheritance of robust disagreement
● Iran, Hezbollah, Hamas and other radical organizations with genocidal intent towards the Jewish people
● Internal divisions…we are no longer “one people” (if we ever were)
● Too many Jews care passionately about a variety of important issues, but just not Judaism and the Jewish community
● Jewish survival requires intention, purpose, and passion
● Jewish illiteracy…ignorance…to appreciate Judaism one must study and learn

As Rabbi Scott Perlo of the Sixth and I Synagogue in Washington, DC asks, “How can we think clearly about who the Jewish people should be, what the Jewish people could be, if our frame of reference is what threatens to end us?”

I am curious about your thoughts? What are the greatest threats you feel are facing the Jewish people? Please reply to this email and share. I will write a future column with your comments.

We are now 30 days into our 100 Days of Impact, when we strive to raise 95% of our total campaign for the year. I am pleased to share that our Campaign for Community Needs already stands at over $800,000. We are grateful to the generosity of those who have already made their commitment. The next 45 days are of utmost importance as we have three major campaign events and the opportunity to meet with many in our community to secure their commitment. Our goal is to raise $5 million this year, which would be a record for our community. Please join us in this effort and strengthen our Jewish community by donating now.

This past Monday, the Jewish Community Relations Council (JCRC) hosted an informative “legislative coffee” with six Portland-area Oregon House Representatives: Margaret Doherty, Mark Meek, Rob Nosse, Sheri Malstrom, Karin Power and Barbara Smith Warner. In addition to discussing the state legislative agenda of the Jewish community, attendees learned about the priorities of the representatives as they look forward to next February’s legislative session. Much of the discussion focused on Ballot Measure 101, which would keep in place a hospital “provider assessment.” If the measure is defeated in a special election this January, it will leave a $600 million hole in the state budget, negatively impacting both children’s healthcare and Medicaid. The JCRC, along with its partners in the other faith communities, will be closely monitoring the situation.

On Wednesday morning, the Interfaith Coalition for Dignity, which was established under the leadership of the JCRC to respond to incidents of hate in our local community, met with Portland Mayor Ted Wheeler at City Hall. Members of the coalition, which includes Jewish, Muslim, Catholic, Protestant and Mormon leaders, stressed to the mayor the need for a “unified moral voice” to counter racism, anti-Semitism, and xenophobia and to promote human dignity and common decency. The Mayor thanked the group for its efforts and we discussed many ways the coalition and the City could work closely together. 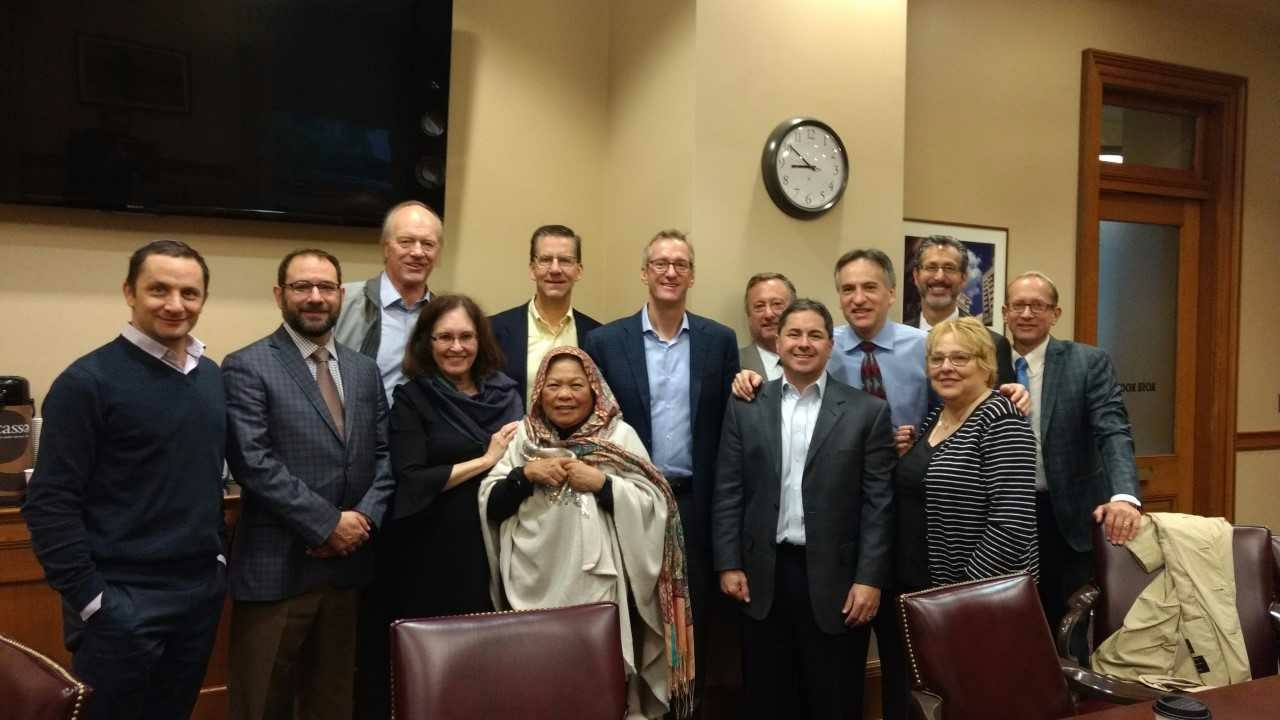 For women in our community, don’t miss out on IMPACT: The Women’s Event on Thursday, October 26 from 6:00 p.m. – 9:00 p.m. at the Mittleman Jewish Community Center. The event features Nancy Spielberg, film producer and philanthropist. She will be talking about three films she has worked on along with her own experiences growing up in an anti-Semitic world and why she thinks community is so important. The event is almost sold out, so RSVP now!

Join us on Sunday, November 5 from 9:00 a.m. – 1:30 p.m. at the Mittleman Jewish Community Center for our annual Super Sunday. This is a wonderful opportunity to support our Annual Campaign and to reach out to members of our community for their support. Please be a "community superhero" and join us.

This year, we are #Doing Tuesday (instead of our annual #Giving Tuesday) on November 28. We will be hosting volunteers at the Oregon Food Bank’s main location AND Beaverton location. This is an evening of service, gratitude, and tzedakah as volunteers (ages 6 years old and up) will prepare food to be distributed to hungry families in the Portland area. We hope your family will join us – RSVP here.

On a final note, Margot Helphand, immediate past president of the Lane County Jewish Federation in Eugene, shared an incredible documentary on the 100th anniversary of the UJA-Federation of New York (a sister Federation). Margot’s mother, Elaine Winik (z”l), who passed away in September, was the first female president of the Federation in New York. The documentary, part of the “Treasures of New York” series produced by New York’s Channel 13 (PBS), is a testament to the history of Jewish philanthropy in America and the role/impact Jewish Federations have made in our local communities and for Jews around the world. The video highlights the New York Federation’s centennial year by showcasing its human service and educational programs supporting both the Jewish and non-Jewish communities through remarkable historic events. It is well worth the watch.

Reminder, please send me your thoughts on what you believe is the biggest threat to the Jewish people today by replying to this email. I look forward to hearing from you.