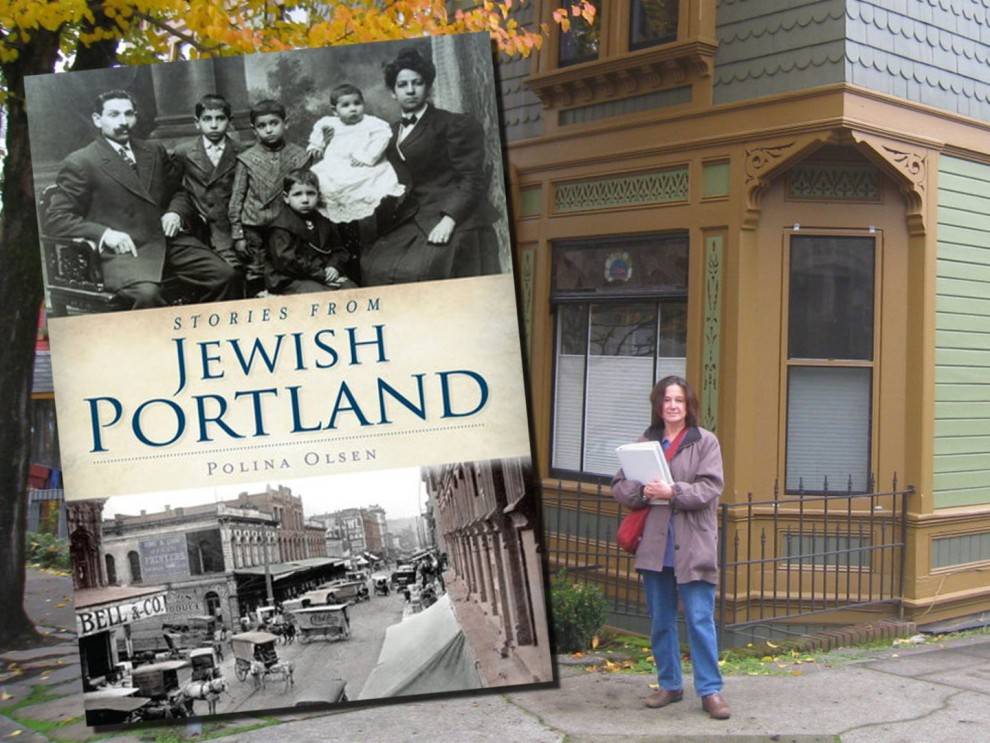 In the early 1900's, Eastern European and Sephardic Jews settled in South Portland. It was a close and largely self-contained neighborhood. There were kosher butcher shops and bakeries, a Jewish orphanage and an old age home, social activism and immigrant benevolent societies. There were schools, a library with Yiddish books, and the Neighborhood House, a community focal point with Hebrew lessons, citizenship classes and a medical clinic.

In 1958, Portland voted to create the South Auditorium Urban Renewal District and bulldozers demolished 54 blocks of the immigrant community. Despite this, today there are intact reminders of the way life used to be. Based on her books A Walking Tour of Historic Jewish Portland,The Immigrants’ Children: Jewish and Italian Memories of Old South Portland, and Stories From Jewish Portland, Polina Olsen shows you places that remain as she shares first-hand memories of people who grew up in the neighborhood.

$10 per person, all proceeds are donated to the Jewish Federation of Greater Portland. RSVP and learn the starting location at ojfas@comcast.net.