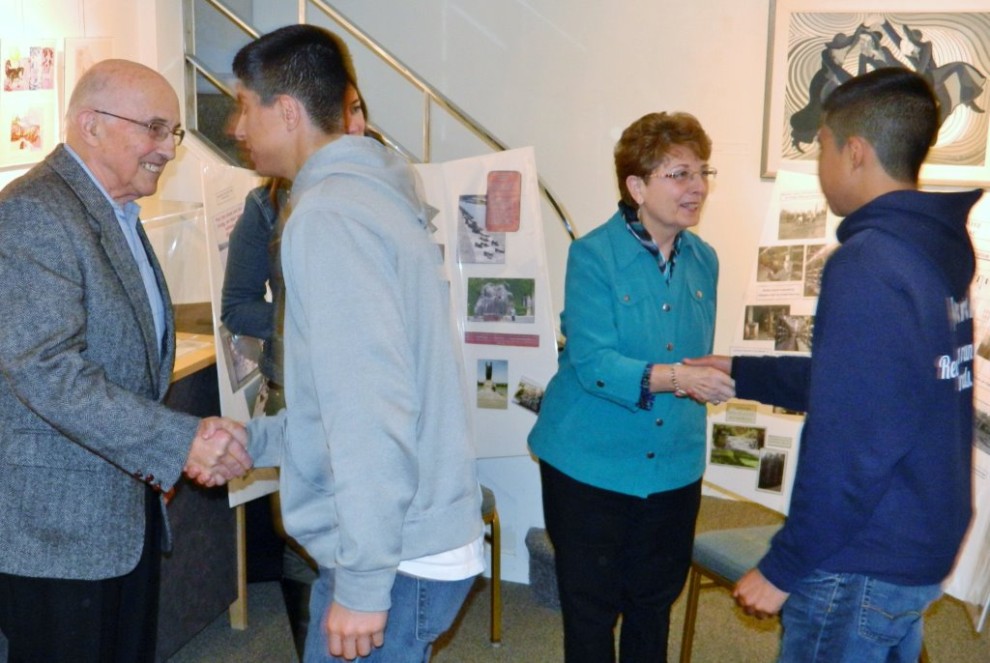 "We have kept silent about our experiences for many years, but we have decided that we need to share our history about our incarceration during the Holocaust, in order to teach of what hate and discrimination can do to people's lives."

Les Aigner was a 15 year old boy in 1944. Because of his religion he was taken from his home in Budapest, Hungary, to Auschwitz Concentration Camp as well as several other camps. Les was liberated in Dachau Germany by the American Forces. After liberation, Les returned to his home, and found out that most of his family had been killed in the Holocaust.

Eva Aigner, as a seven year old child and because of her religion, was taken from her home to the Ghetto in Budapest, Hungary. She survived the Budapest Ghetto, but many of her family members were killed during the Holocaust. Les and Eva got married in Hungary in 1956, and escaped from Communism with the great desire to build a new family in a free country. They now live in Oregon.

Free and Open to the Public