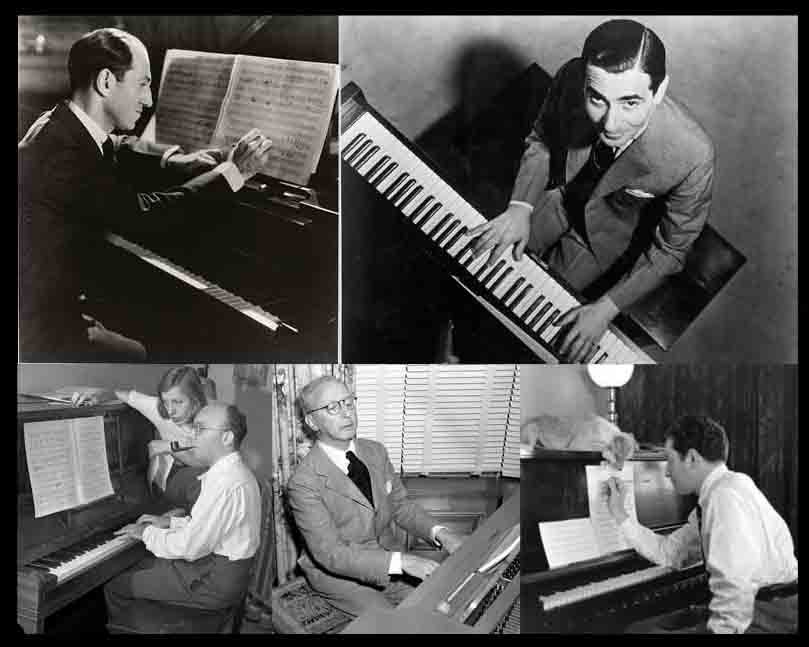 The Harold Schnitzer Family Program in Judaic Studies and the School of Music + Theater present an evening cabaret performance featuring the songs of Jewish composers such as: George Gershwin, Irving Berlin, Jerome Kern, Kurt  Weill, and Harold Arlen performed by PSU students, faculty, local professional vocalists, and cantors. This revue of "Hollywood, Jews, and the Great American Songbook" will be punctuated by historical, cultural, and musical notes by Artist-in-Residence David Spear.

Join us before the performance for a guest lecture "Jews and American Popular Song" with Aaron Fruchtman - Composer, Musicologist, and expert of film scores of Jewish-themed films and their composers' social and cultural world in the Golden Age of Hollywood.

This event is sponsored by the Harold Schnitzer Family Program in Judaic Studies thanks to the generous support of Larry Levy and Pamela Lindholm-Levy. Cosponsored by the PSU School of Music + Theater.