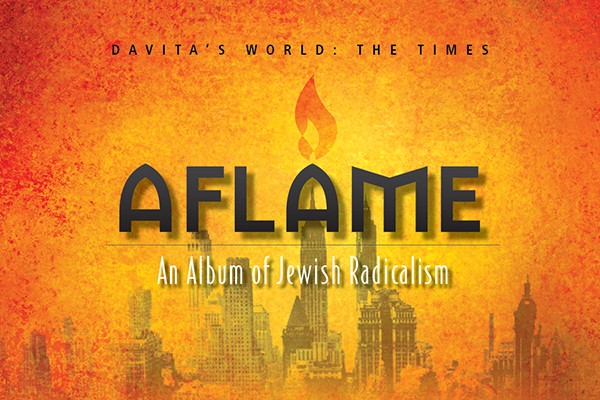 This fall JTC takes you to the streets of New York City one hundred years ago, bringing to life first-hand accounts of a generation set on fire by the possibility of grand societal change. This is the generation that brought you the 8-hour day. This is the 1st installment of the 2015-16 Page2Stage Season, exploring Davita’s Harp: The Times.

“Aflame” has been adapted from Dr. Tony Michels’s “Jewish Radicals: A Documentary History”, by JTC artists and is directed by JTC company member Sara Fay Goldman. It features artists Kayla Lian, Illya Torres-Garner, Sam Dinkowitz, Heath Koerschgen and Danielle Weathers*, many of whom will appear in the Page2Stage main stage production of Davita’s Harp.

In the spring, JTC will produce the world premiere production of Davita’s Harp, based on the novel by Chaim Potok. Davita’s mother was Jewish – but chose atheism and communism. Her father was Episcopalian – but chose atheism and communism. Coming of age in New York in the 30’s with a missionary nurse aunt, a mystical story writing “uncle” and orthodox cousins, Davita discovers who she is and who she will choose to be. Talkbacks will address the role of unions today and linkage to social justice.

Jewish Theatre Collaborative is in residence at Milagro Theater in inner SE Portland.

Since 2008 Jewish Theatre Collaborative has thoughtfully explored how dynamic theater performances created from great stories can serve as springboards for exciting community conversations.