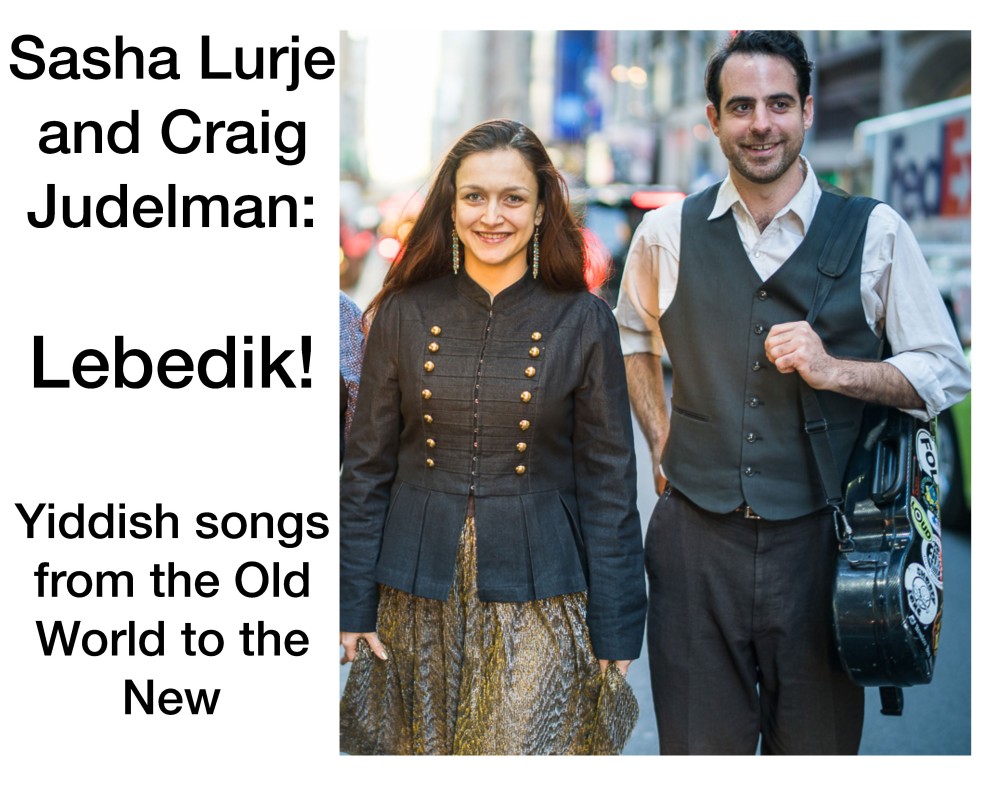 Lebedik! Yiddish songs from the old world to the new is a new project by celebrated Latvian singer Sasha Lurje and American violinist Craig Judelman, which explores the songs of their homelands, the journeys of the songs and their singers, and their evolution from raw folk art to the sophisticated and diverse recordings made in 1920’s New York.

Sasha Lurje is one of the leading voices in the contemporary Yiddish scene, having performed and taught at the genre’s biggest festivals - including KlezKanada, Yiddish Summer Weimar, Krakow Jewish Culture Festival, St. Petersburg KlezFest and many others. Growing up speaking Slavic and Baltic languages, she has a unique ‘old world’perspective on and affinity to this repertoire, which has helped her become one of the only specialists in the performance of Yiddish lyric songs and ballads.

Craig Judelman grew up in Seattle, where he was raised with stories of the places his family had left behind - first Latvia and Lithuania, then Johannesburg, South Africa. Craig currently performs with Litvakus, the sole contemporary klezmer band devoted to Litvak (northern European Jewish) music.