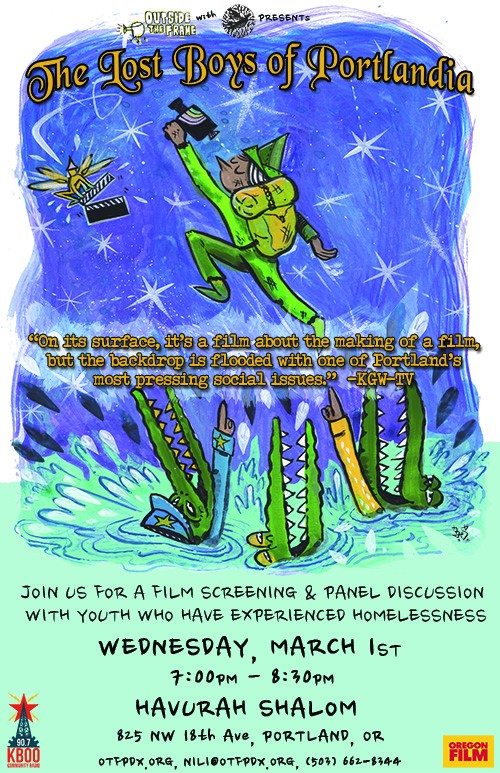 Join us for a screening of Outside the Frame's documentary, “The Lost Boys of Portlandia," and a panel discussion with youth who have experienced homelessness. The evening is sponsored by the Tikkun Olam Committee of Havurah Shalom, Oregon Film, KBOO Community Radio. It's free and open to all ages, and refreshments will be provided.

In the documentary, homeless youth in Portland debate if and how to return to mainstream society while creating their own film version of the iconic story of Peter Pan.

“On its surface, it’s a film about the making of a film, but the backdrop is flooded with one of Portland’s most pressing social issues.” -KGW-TV

You can watch a trailer of the film here. For more information visit Outside the Frame's website or the event's Facebook event page.